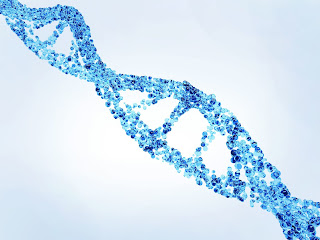 The quest to make every issue one of equality (or racism) that ethnic Europeans invariably need to atone for has reached fever pitch in recent years, but every so often something comes along that's so blatant with its propaganda that it really deserves to be ridiculed more than anything else. I also think its important to dissect and see this misinformation for the race baiting nonsense it really is though, too.

A perfect example of this kind of ridiculous propaganda occurred a few months back (12th April) with an article on the BBC entitled "Why are black mothers at more risk of dying?"(1) written by Emma Kasprzak.

The article starts by saying:

"Death in pregnancy and childbirth is rare. But according to one report, there is a proportionally higher risk to black women than white"

"The chance of death is 1 in 2,500 for black women according to the UK Confidential Enquiry into Maternal Deaths. But the rate was five times smaller for white women between 2014 and 2016...The striking figures prompted a warning from the report's author [saying] the almost fivefold higher mortality rate amongst black women compared with white women requires urgent explanation and action."

So, so far the article appears unbiased in its delivery, and the reader can assume that these figures are correct and that the writer has no agenda, but it then swiftly moves on to say:

"High profile black women such as Serena Williams and Beyoncé have highlighted the difficulties experienced by black women during pregnancy and childbirth.

The singer wrote about her preeclampsia - which black women have a higher risk of developing - while the tennis star said she was lucky to survive a "slew of health complications" around the birth of her daughter."

Assuming then that preeclampsia is one of the main causes for the higher pregnancy associated death rate in black women, we should ask the question, what causes preeclampsia?

According to the NHS, preeclampsia is caused by blood vessels to the placenta not forming correctly, but goes on to state that those who suffer with "diabetes, kidney disease, high blood pressure, lupus or antiphospholipid syndrome" are more susceptible to it, and that you're more likely to have the condition if there's a family history, or if you're obese at the start of the pregnancy.(2)

Similarly WebMD, America's most widely used medical advise website also suggests that the cause of preeclampsia could also be attributed to genetics, poor nutrition and obesity.(3)

Seeing as preeclampsia is primarily a blood pressure related condition, its also prudent to point out that the NHS also states that those who are more predisposed to high blood pressure also include "a family history of high blood pressure, being of African or Caribbean origin and being overweight or obese."(4)

So presuming that obesity is the primary cause for these pregnancy conditions, I think its fair to ask why black women are more likely to become obese in the first place. There is an argument that the higher rate in obesity is caused by poor nutrition as a result of economic inequality and indeed the author of this BBC article makes this very case saying:

"Dr Ria Clarke, who is working towards becoming a consultant in obstetrics and gynaecology, told the Pregnant Then Screwed conference in January that black and Asian women were more likely to be affected by social and economic problems.

We know there are medical reasons," she added. "We [also] know if you have an unsuitable working and living situation, if you live in poor housing, which impacts on health and outcomes, you can see how that might impact on mortality."

But Kasprzak disproves this theory herself in her own article by saying:

"In the US the rate of pregnancy-related deaths among black women is three to four times higher than among white women. While social factors could be behind some of the figures, one report found black middle-class women were more likely to die in childbirth than white working-class women."

Its bizarre really, because the BBC is taking the word of a doctor who has yet to even start practising as a consultant within the relevant field as sacrosanct,who is deliberately playing down the health and genetic factors in order to make this an issue of inequality or racism.

There may well be some correlation between poverty and bad nutrition acerbating obesity and therefore these health and pregnancy issues, but its far more likely given the ethnic predisposition to obesity and high blood pressure that this is primarily a genetic problem.

In fact a study by the US National Institute of Health led by Guanjie Chen, claims to have found the particular gene responsible for the Afro-Carribbean predisposition to obesity and argues that a particular variant of the SEMA4D gene that isn't found in other ethnic groups is at least partially responsible stating:

There are plenty of other medical journals out there that I found with just a summary google search which I won't include here for fear of prolonging this, but they say much the same thing; a predisposition of a wide-range of obesity related illnesses among the Afro-Caribbean population due to genetics. The concerns of racism or inequality can only really be seen as anecdotal then, considering the lack of consistency when comparing statistics with other racial groups across different economic backgrounds.

But this didn't stop the BBC journalist from trying her utmost to keep the racism accusations going though, throwing one last ditch attempt for victimhood by bizarrely claiming that the NHS treats black mother's in care differently from white mothers and gives a few anecdotal accounts that are in no way possible to corroborate, saying:

"When she told staff she felt "worse than I should" after a Caesarean, she felt her concerns weren't listened to, something she thinks could be down to racial bias within the NHS.

"Health trusts need to admit there is racial bias. There needs to be better training so people can say 'am I responding to this person differently and why is that?'"

Its a strange accusation to say the least, because the NHS is usually upheld by 'leftists' as an example of the success of multiculturalism in Britain. A quick check shows that the demographics of NHS employees is consistent with and at a rate that is representative of the national population. (White employees made up 80% of the NHS work force as of March 2018, and the last census in 2011 put the white population at the same rate.)(8)

So really the reason why I've written this post is not really to make a scientific case against the claims made in this article, that's easy and takes only a few minutes of work using google. The real point here is to prove the lengths at which mainstream journalism will go to skew and ignore facts in order to spin a story in favour of "institutional racism".

The motivation for these kinds of stories from the journalist's perspective I suspect is more about signalling to her bosses that she's following the party line on equality. This sort of journalism really has a huge negative affect on society because it places a guilt around the necks of well-meaning white people who really have no reason to feel guilty, and gives minorities a sense of entitled victimhood. I'm sure this sort of thing damages race relations instead of helping them. 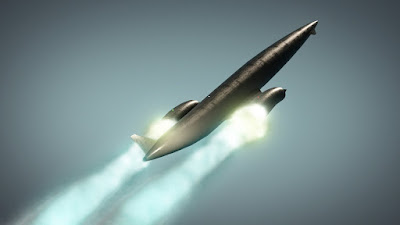 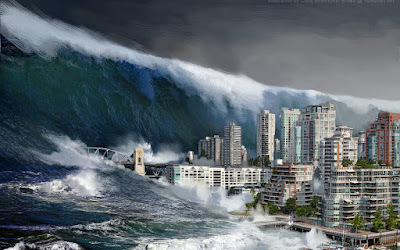